Each day included trips along the full length of the line, from Norton Fitzwarren (the junction with the Bristol to Exeter main line) to Minehead, some 23 miles distant, but with the last mile and a half being operated by a fleet of heritage buses (some open top, some accessible). The last section of the line is currently closed due to upgrading of the Seaward Way level crossing, so to keep the schedule brisk during these two days, each train serving Dunster was ‘top-and-tailed’ to allow a quick turnaround. 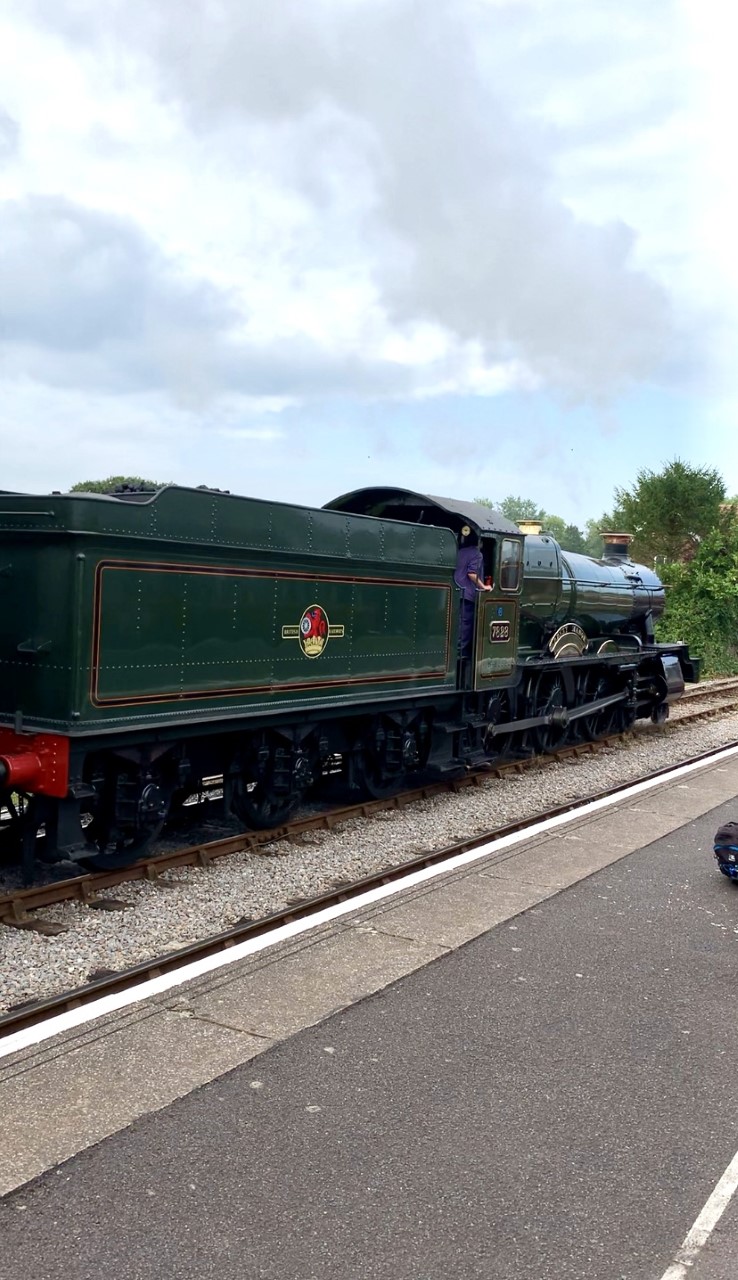 BR(W) 4-6-0 7828 ‘ODNEY MANOR’ at the head of the 1230 departure from Bishops Lydeard to Dunster which then connected with a heritage bus service to Minehead. Photo by Andy Royal © CC BY-NC 3.0 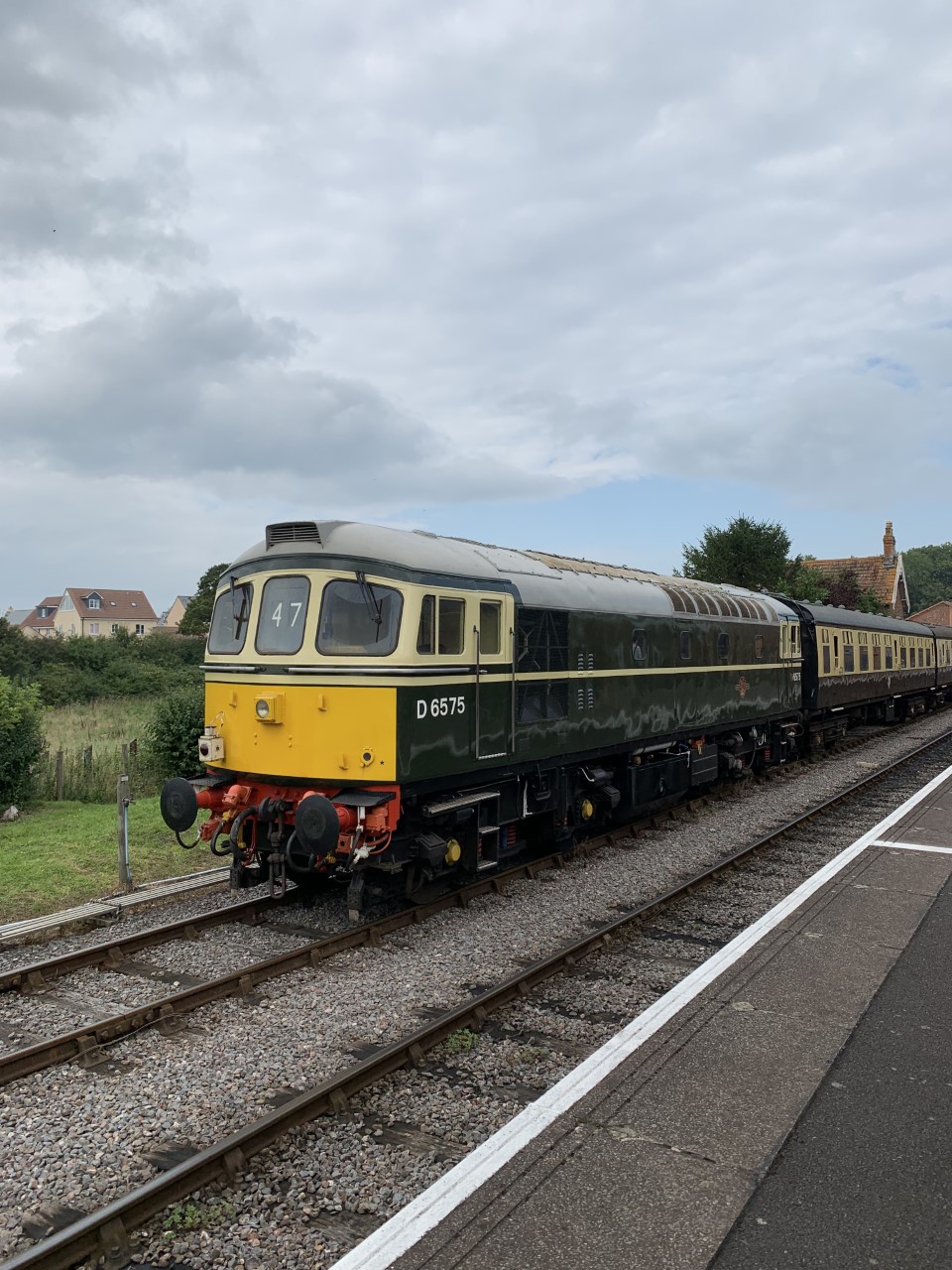 The ‘Top-and-Tailed’ services provided plenty of photo opportunities for locos to be side by side at the platforms – here are some of those unusual views: 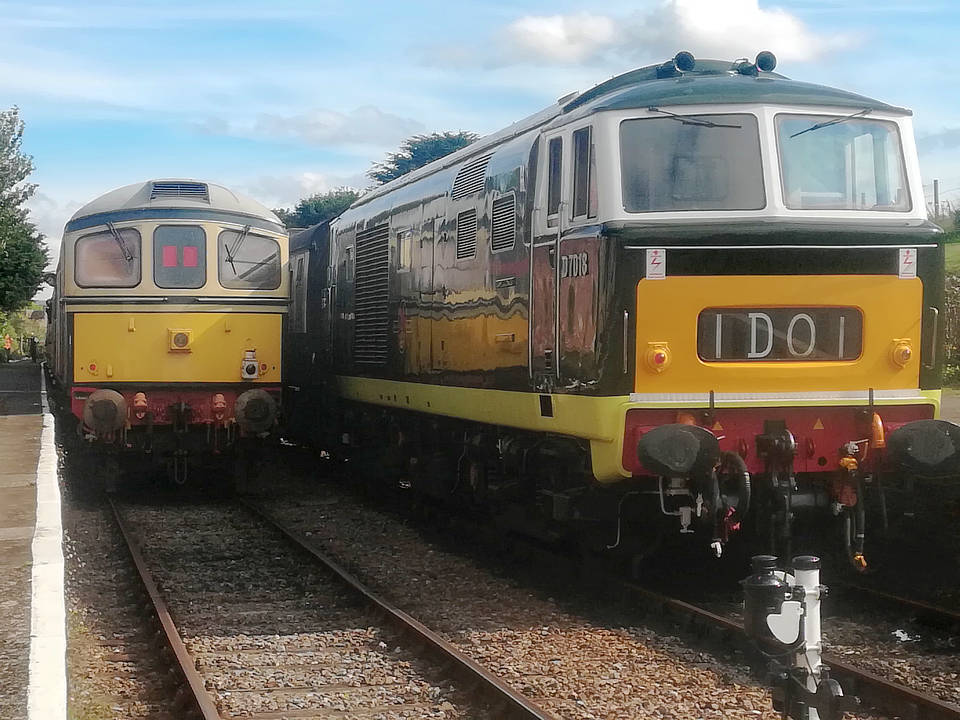 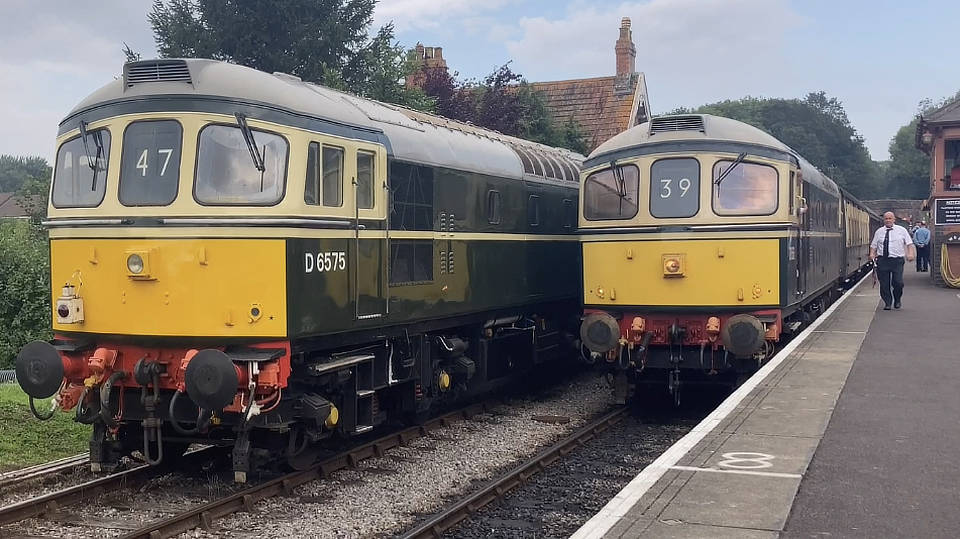 The services that were not ‘top and tailed’ did not go beyond Blue Anchor, thereby allowing the train loco to run around to haul the train back toward Bishops Lydeard, and in most cases continued to Norton Fitzwarren where the loco again detached to run around using the East Chord (marked as ‘East’ in the diagram below): 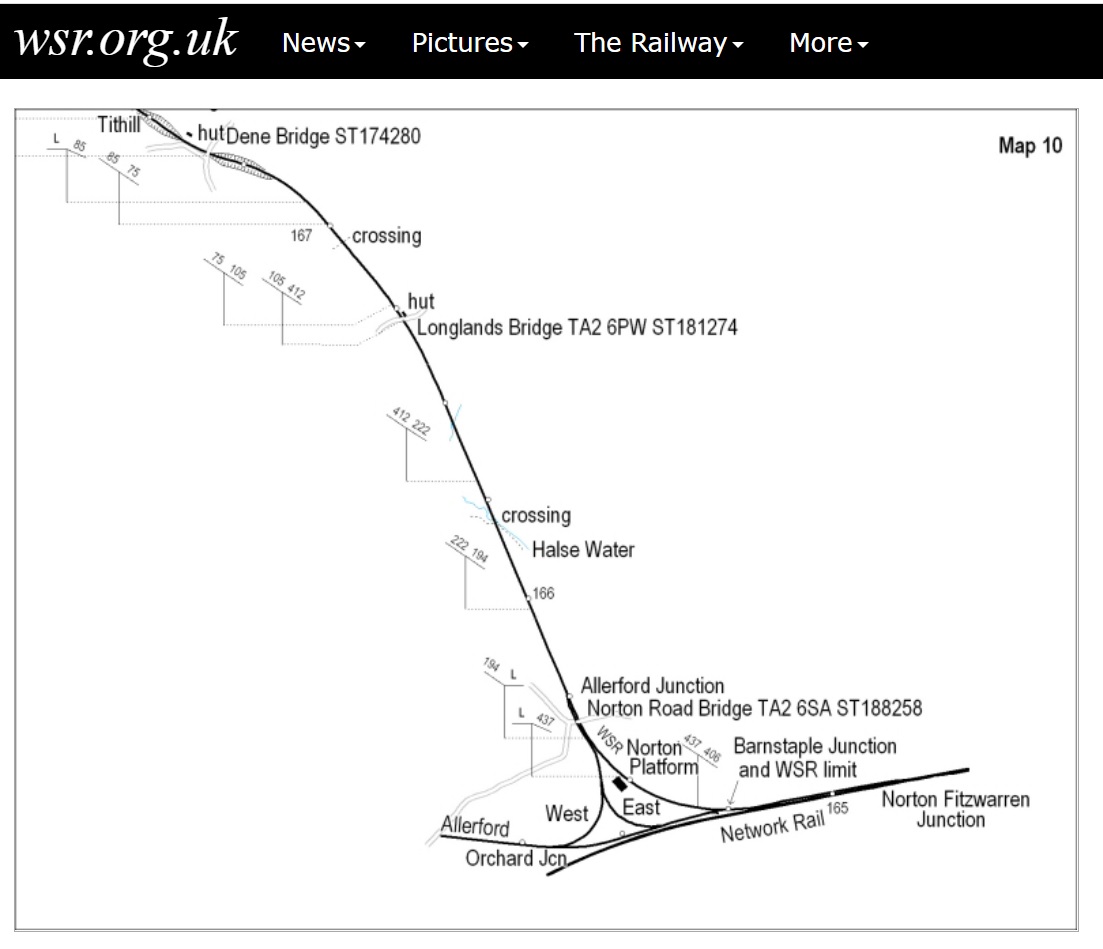 Map 10, Dene Bridge to Norton Fitzwarren, an extract from the WSR Rule Book Maps as displayed on the wsr.org.uk website © CC BY-NC 3.0 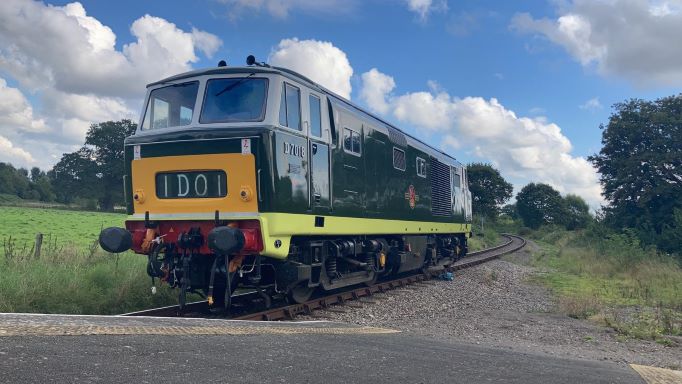 Beyer-Peacock Class 35 ‘Hymek’ D7018 leaves the platform at Norton Fitzwarren to run around her train via Barnstaple Junction then the East Chord to Allerford Junction then back on to her train at the platform on 18th September 2021. Photo by Josh Brinsford © CC BY-NC 3.0

WELL DONE to all who planned, prepared and delivered this excellent and enjoyable event, which ran ON TIME and without any technical hitches. Thanks also to those who bought a ticket or merchandise and in doing so contributed to the success of the event !

LOCO NEWS:  No major change from last week because effort was focussed on preparing the locos for service and preparing the depot to be open to the public. The work done during the last week will be covered in the report next week.