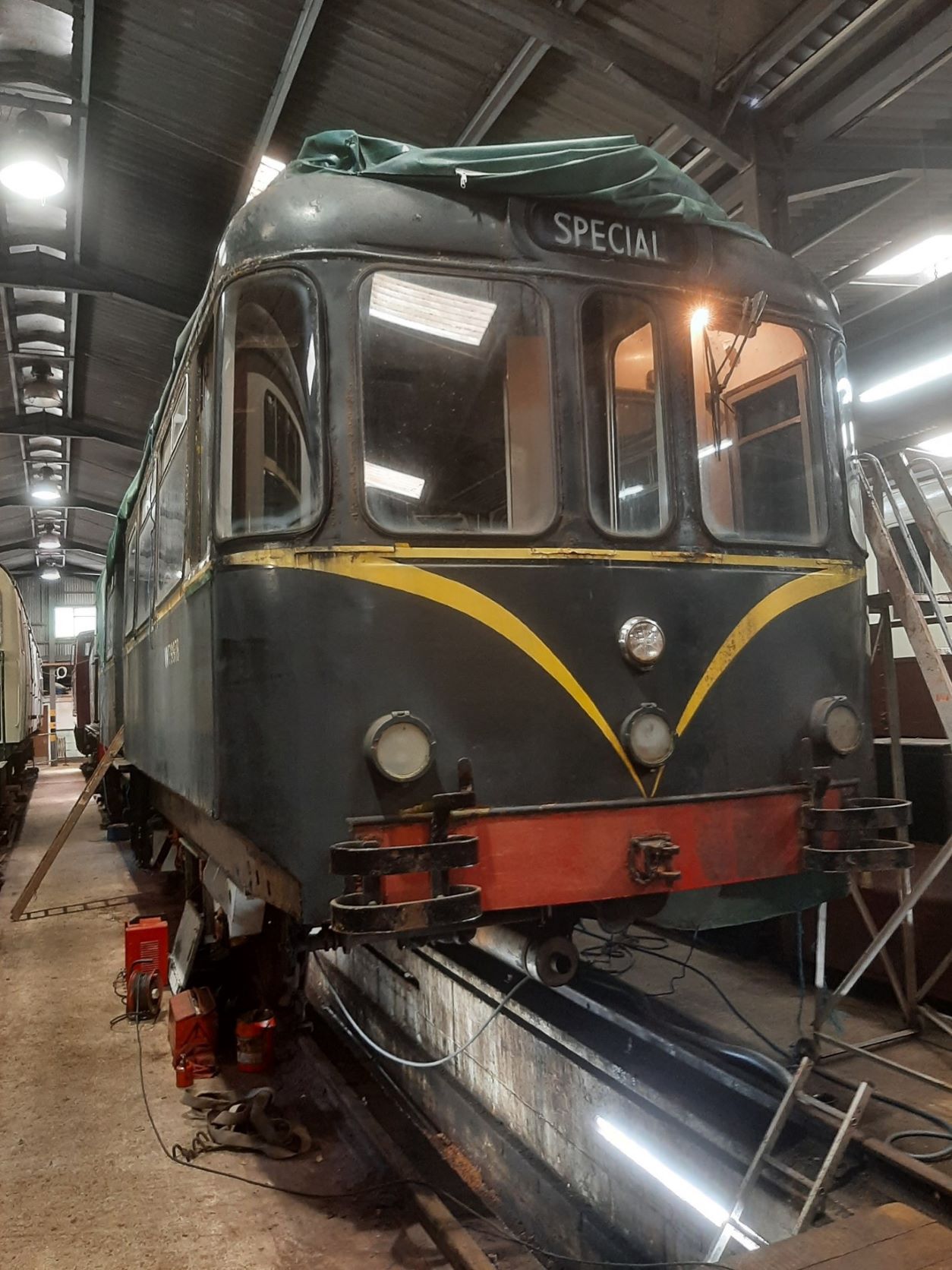 AC Cars Ltd Railbus W79978 in the restoration shed at the Swindon & Cricklade Railway in June 2022 with the protective cover removed during preparation work for exhibiting at the diesel gala that takes place on Sat/Sun 2-3 July 2022. Photo by Martin Rouse © CC BY-NC 3.0

Introduced in 1958, W79978 was one four railbuses built by AC Cars Ltd for use on the Western Region. Working on the Kemble branch lines until closure in 1964, then moving to Cornwall for a short spell on the Bodmin branch and finally ending up in Scotland until withdrawal by British Railways in 1968. 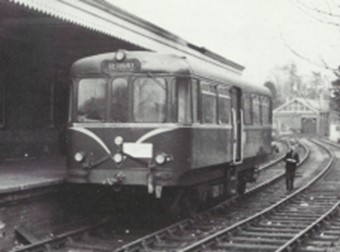 AC Cars Ltd Railbus W79978 was pictured at Tetbury on the 4th April 1964, the final day of operation of that line. The vehicle had been suitable decorated by Stephen Randoph, seen to the right of the Railbus. Stephen will be attending the restoration project launch event on Saturday 2nd July 2022. Photo from the Martin Rouse collection © CC BY-NC 3.0 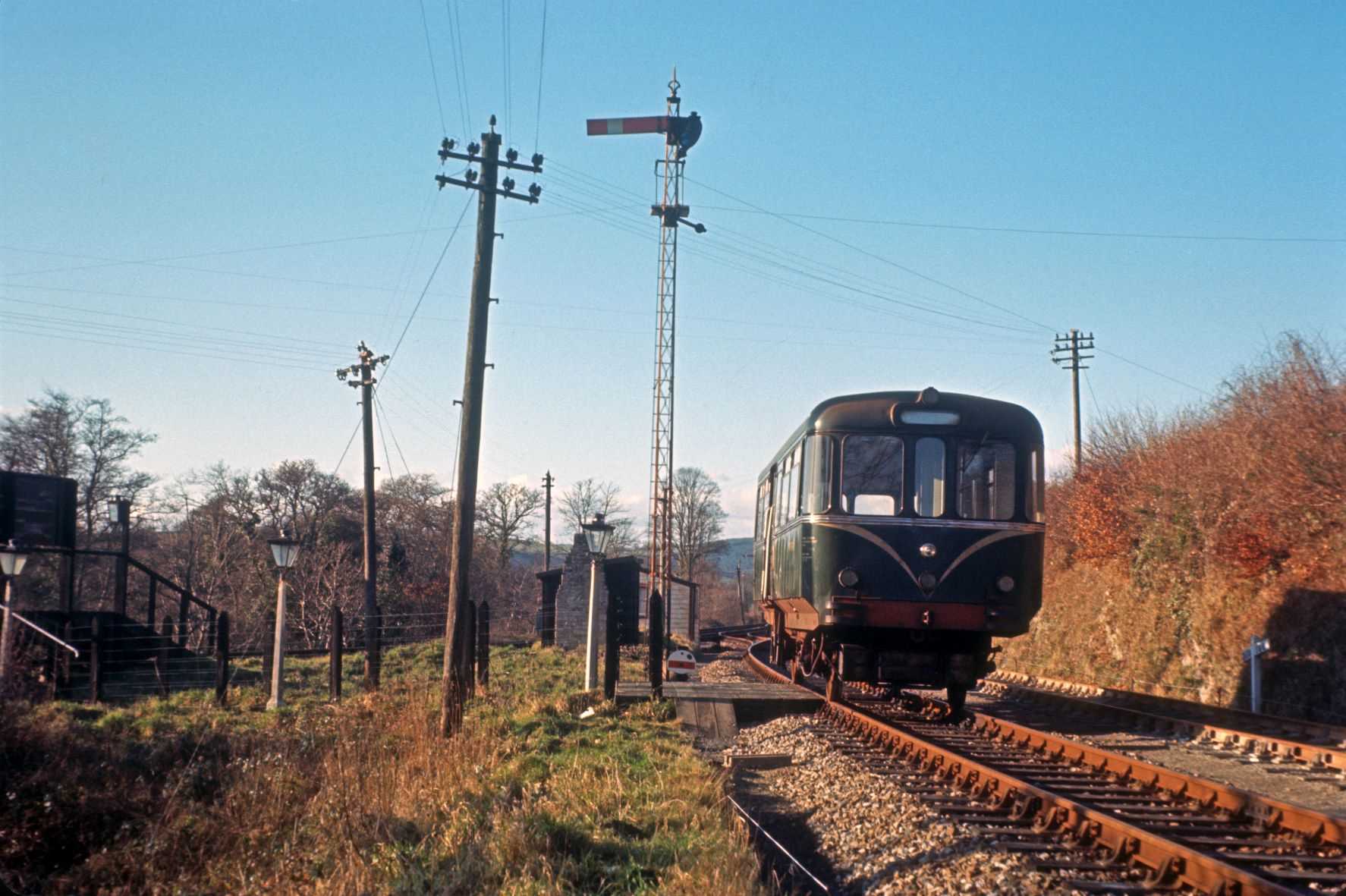 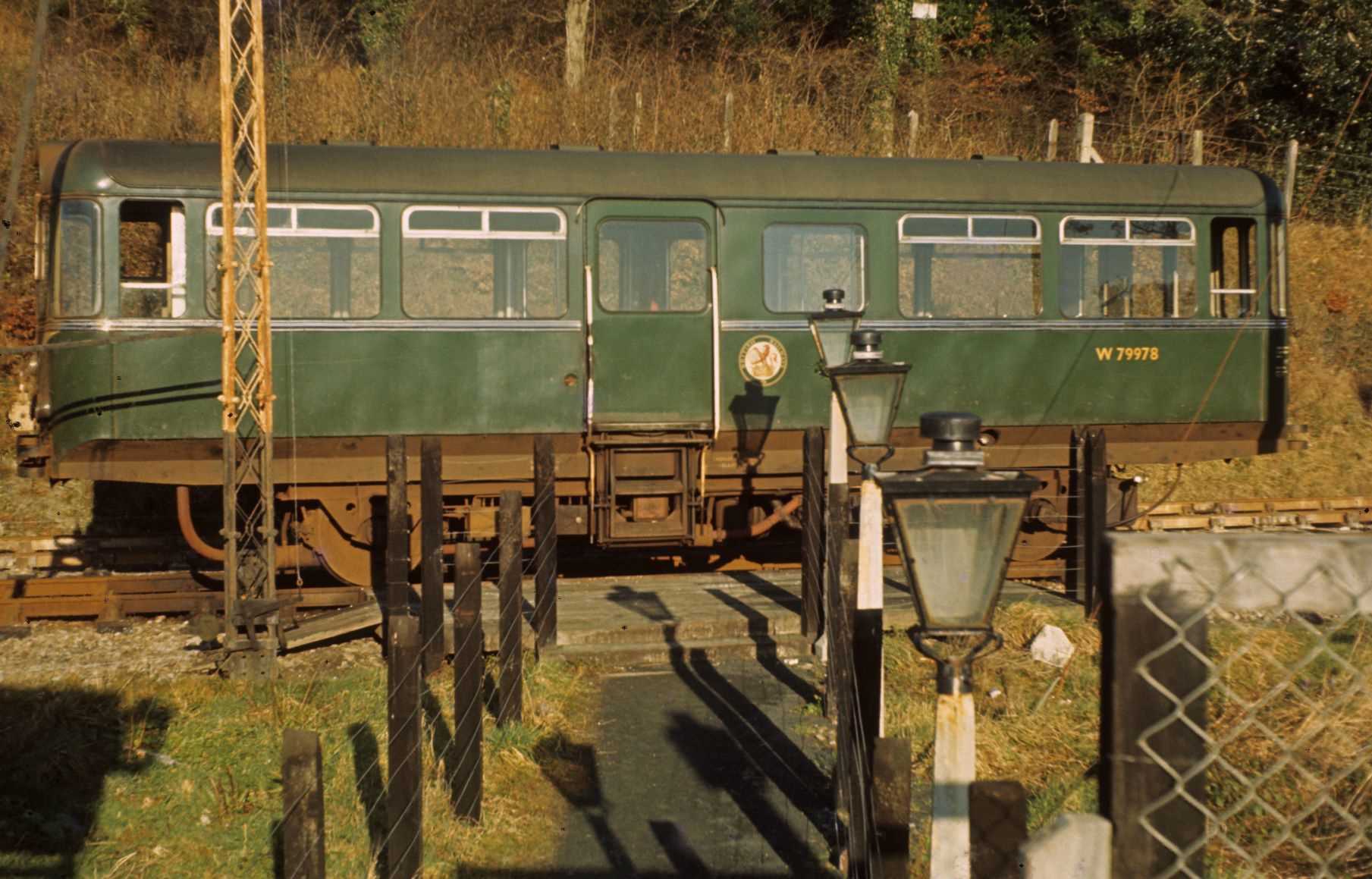 AC Cars Ltd Railbus W79978 was pictured at Boscarne Junction on the 15th December 1966, ready to form the 13:10 shuttle service from Boscarne Junction to Bodmin North, just six weeks before these public services were withdrawn from what is now the Bodmin & Wenford Railway. Photo by Bernard Mills © CC BY-NC 3.0

The vehicle then entered preservation with the newly formed North Yorkshire Moors Railway, where it was used successfully for longer than it’s time with BR, leaving there for the Kent and East Sussex Railway before being sold to the Colne Valley Railway.

The vehicle was withdrawn from service due to air system faults and then spent many years in open storage.

Following a chance conversation, I found out that the vehicle was possibly available for sale, so I made arrangements to visit the Colne Valley Railway.

Upon inspection it became apparent that the vehicle had severely deteriorated. Much of the wooden floor was rotten and large areas of the body framing were extensively corroded due to water ingress, so much so that if the vehicle was any less historically valuable it would have been considered scrap. It was clear that if something was not done soon then the vehicle would be beyond saving.

The good news was that the vehicle was complete and almost entirely original.

A price was agreed, and I became the new owner in November 2019. We moved the vehicle to the Swindon & Cricklade Railway and fitted a purpose made cover to prevent further deterioration.

Work did not start immediately due to other commitments. The opportunity to move the vehicle into the restoration shed came up a couple of months ago and the possibility of displaying the vehicle at the S&CR Diesel Gala was proposed. Things have progressed well and, due to a lot of hard work it may well be that instead of just being a static exhibit, the railbus might be mobile under its own power!

The restoration is going to be challenging, to replace the corroded body frame will require extensive dismantling and reassembly, hopefully displaying the vehicle at the S&CR Diesel Gala will generate interest in the project. 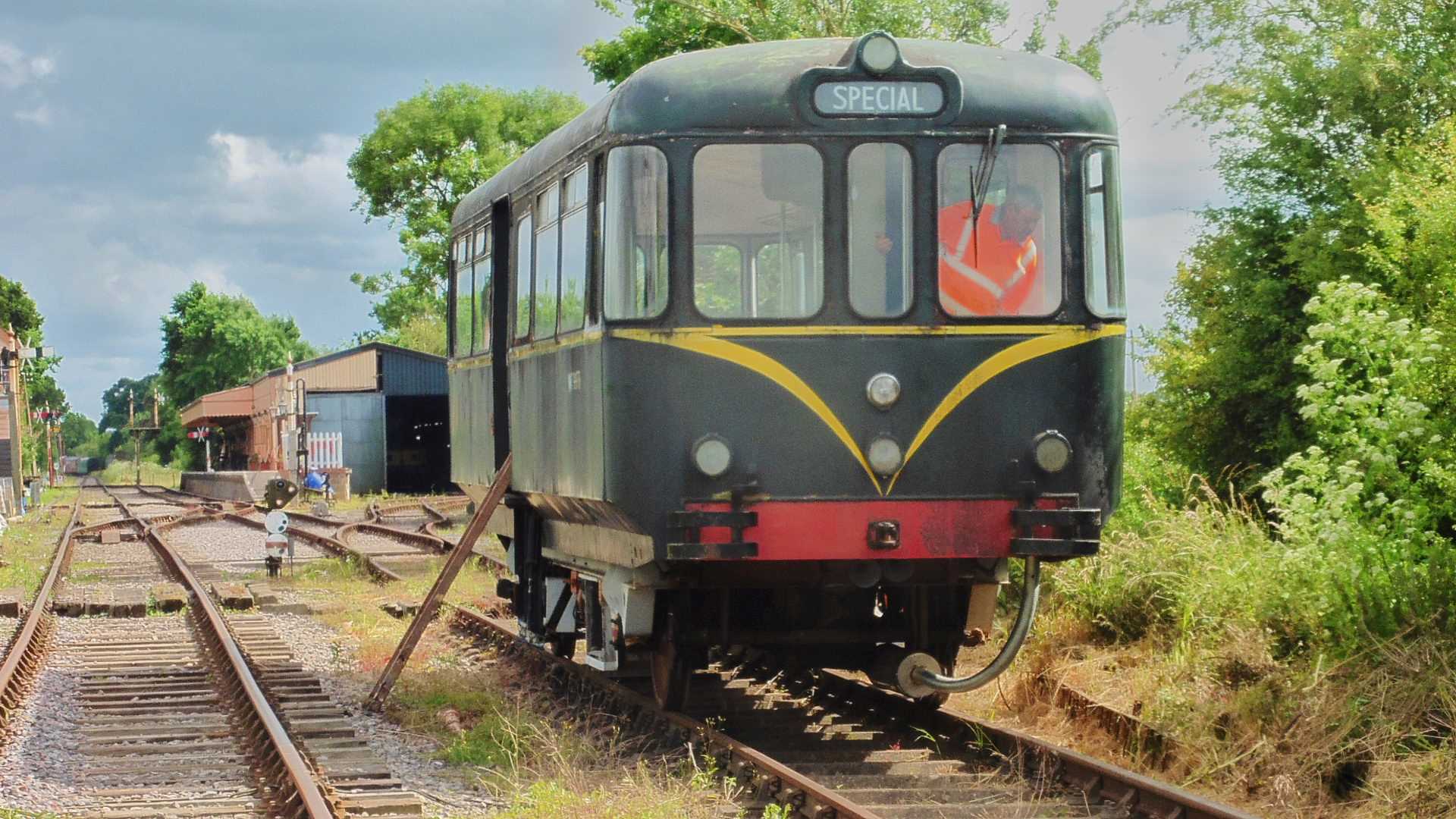 Railbus W79978 was undergoing testing at Hayes Knoll on the Swindon & Cricklade Railway on 25th June 2022 in preparation for her appearance at the S&CR Diesel Gala on Sat/Sun 2/3 July 2022. Photo by Dave Herbert © CC BY-NC 3.0 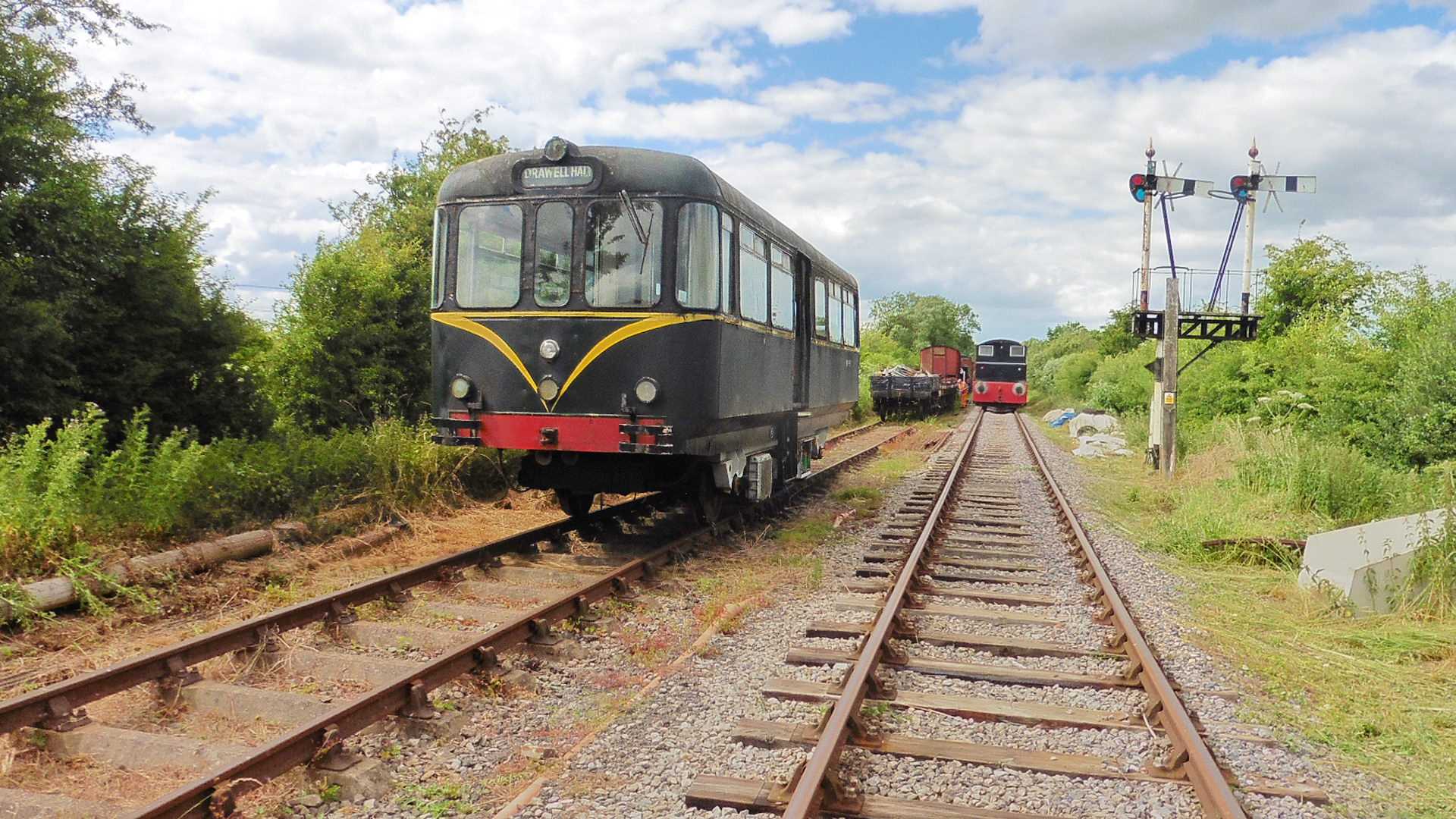 Railbus W79978 was in use for driver training purposes on 25th June 2022, seen here at Hayes Knoll on the Swindon & Cricklade Railway resulting in owner and DEPG member Martin Rouse being passed as a driver in readiness for demonstration runs at the S&CR Diesel Gala on Sat/Sun 2/3 July 2022. Photo by Dave Herbert © CC BY-NC 3.0 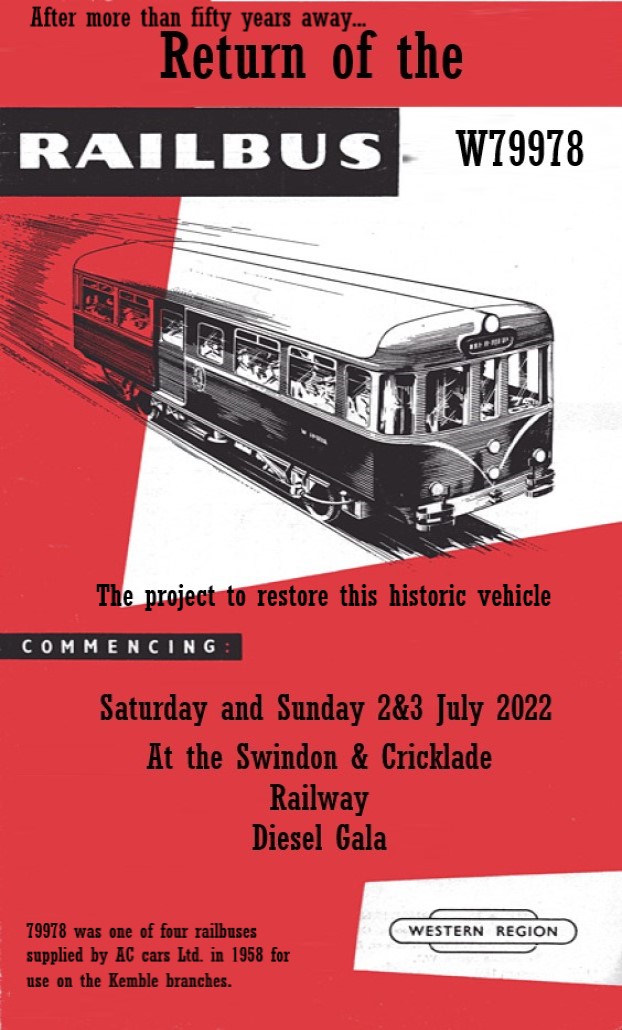 Further updates will be added in the form of downloadable pdf files as listed below. Click on the links below to open each update bulletin in a new window: