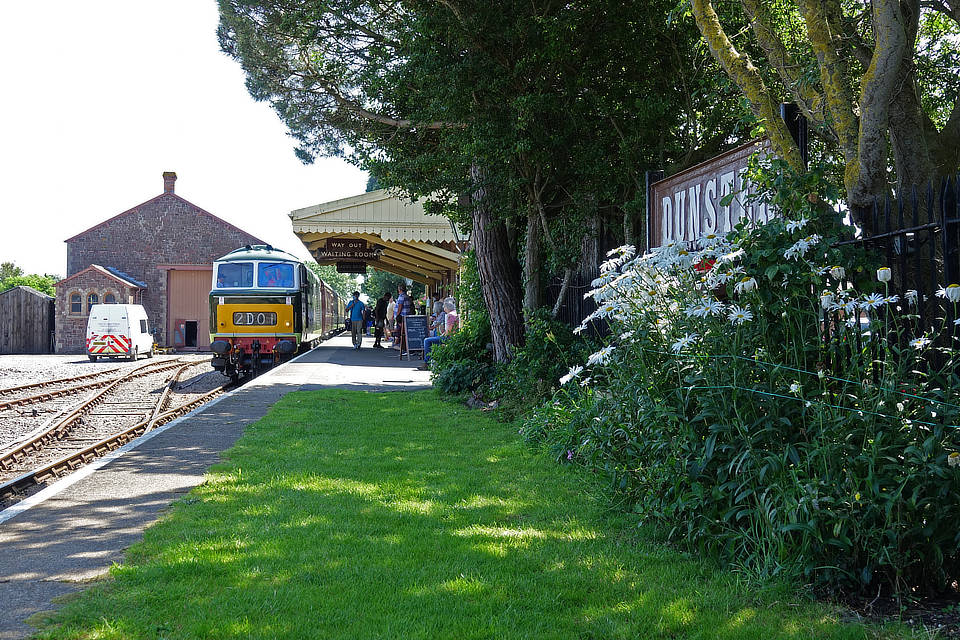 Beyer-Peacock ‘Hymek’ D7018 stands at the picturesque Dunster Station in the early afternoon of 17th July 2021 with the first of our 2021 diesel-hauled specials. Photo by Steve Speck © CC BY-NC 3.0

Following the success of our first diesel-hauled service last Saturday, this last weekend presented a great opportunity to perform some maintenance tasks on ‘Hymek’ D7018 to make sure that she is ready for her next outing which takes place this coming weekend, on Saturday 31st July.

The 31st July run will take place between Bishops Lydeard and Dunster where passengers will disembark for 30 minutes or so while the train performs the ‘shunt release’ with the assistance of the WSR’s Minehead-based Class 03 D2133. This procedure allows the train loco to be repositioned to the Bishops Lydeard end so that the train can be hauled back to complete the 36-mile round trip.

Extension to Norton Fitzwarren will not be possible on the 31st July because there will be a steam-hauled mainline excursion arriving on the WSR that day and the steam loco has to occupy the Norton Fitzwarren section to turn around and take on coal, so the ticket prices are a little lower to reflect the reduced mileage.

Please help us and help the WSR by buying a ticket to ride !

Here’s some information about the ‘shunt release’ operation that is being conducted at Dunster to allow the loco engine to run around the train in the absence of a passing loop: 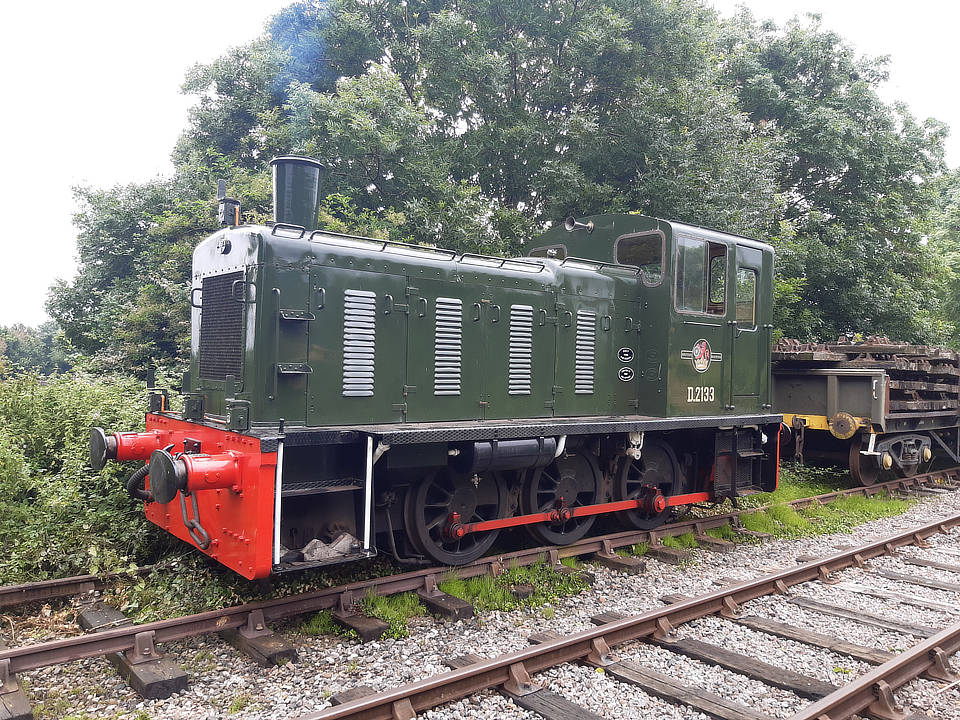 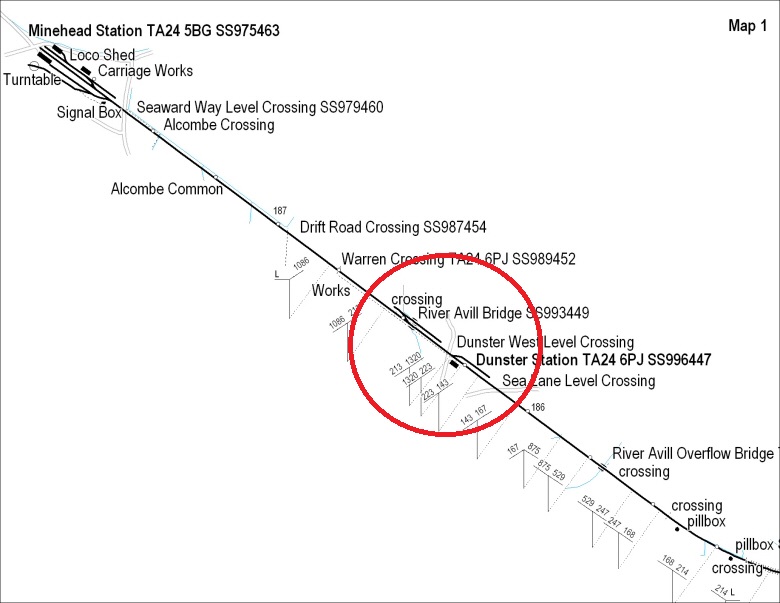 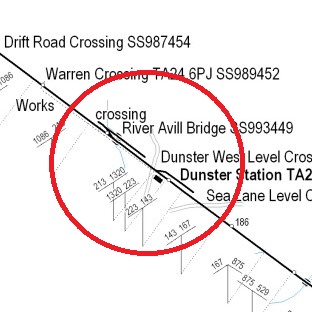 The above maps are extract from the WSR Rule Book and have been obtained from the wsr.org.uk website where they can be found by selecting “The Railway” then “Maps of the line“. © Copyright WSR

The WSR’s Minehead-based Class 03 D2133 waits on the southeast leg of the Dunster West siding crossover. When the loco detaches from the train and enters the siding towards the northwest, the ’03’ shunter will head out by running forward then back to couple up to the train to haul it forward towards Minehead. The train loco will then exit the siding and couple up to the other end of the train and run southeastward to position the train in the platform at Dunster, ready for the return journey. The ’03’ will then return to the siding to wait for the next train. 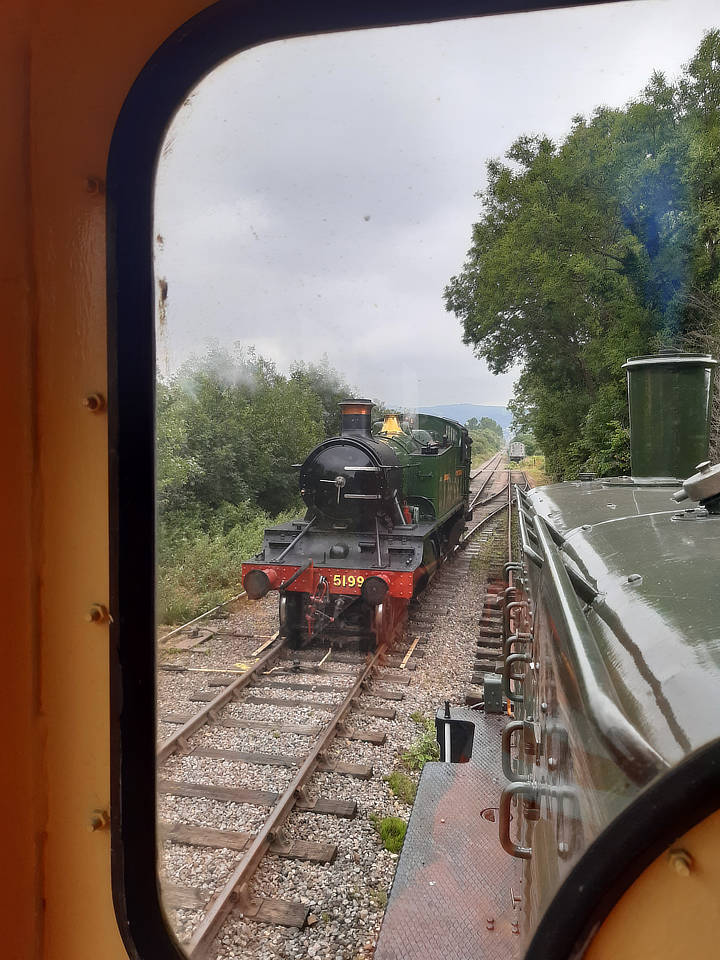 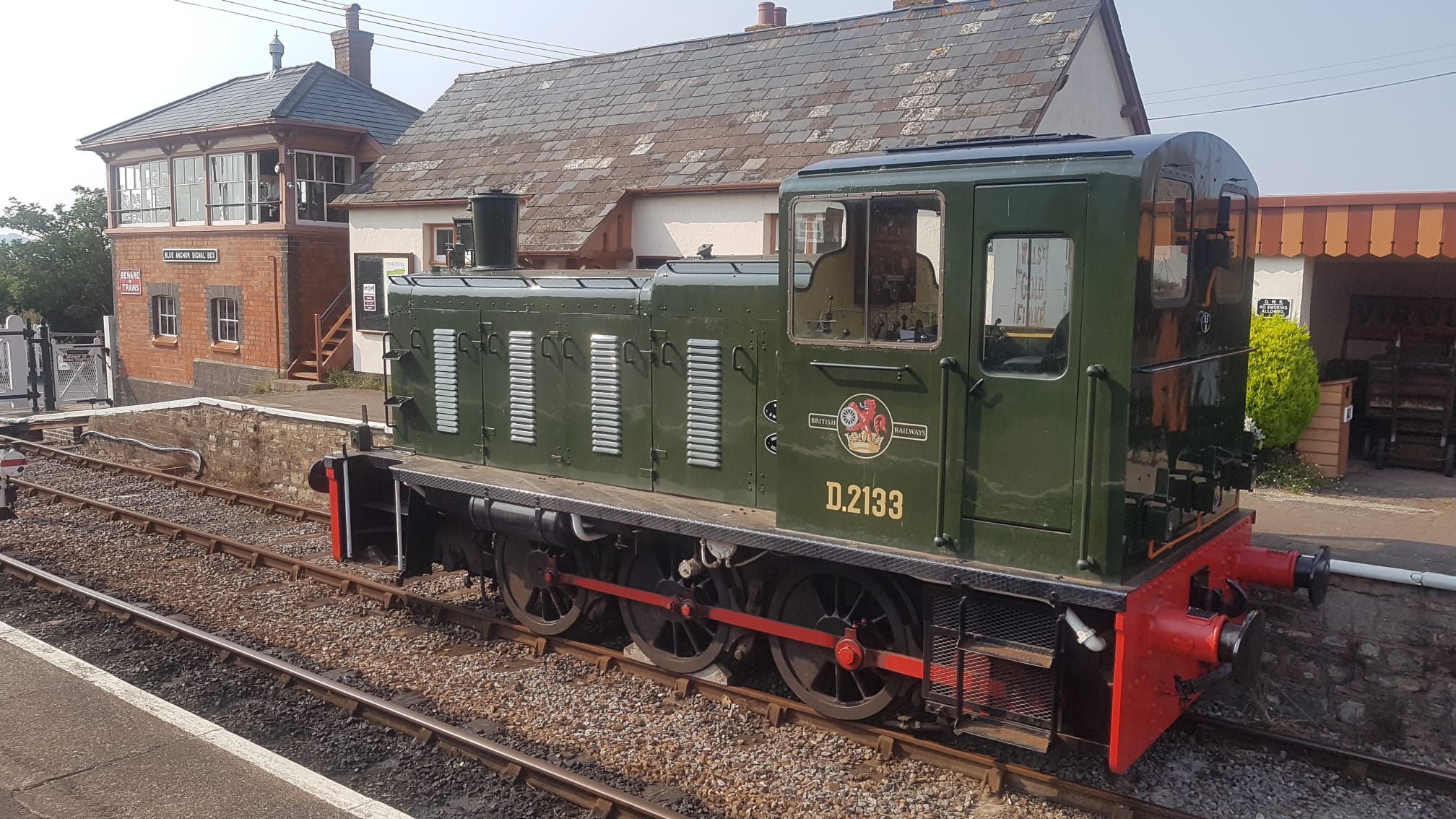 Class 03 D2133 stabled at Blue Anchor at the end of the day on 25th July 2021, showing the wheel ‘scotches’ applied to the centre axle as an additional means of preventing the loco from wandering off. Photo by Driver Martin Howard © CC BY-NC 3.0

Class 14 ‘Teddy Bear’ D9526 – on Saturday 17th July, volunteer Class 14 loco manager Simon, along with Colin G and Terry went to visit their ‘baby’ to see how she had settled into her new surroundings while on hire to the KENT & EAST SUSSEX RAILWAY. Ironically, the loco did not run on the day that they attended, but she did run on the very next day, when she was called into action to cover for the BR(WR) 0-6-0PT steam loco number 1638 that was rostered but had developed a fault. We have since learned that D9526 has already put in 50 hours of work at the K&ESR and is now undergoing an ‘A’ check to prepare her for regular running on the August timetable. Well done D9526 ! 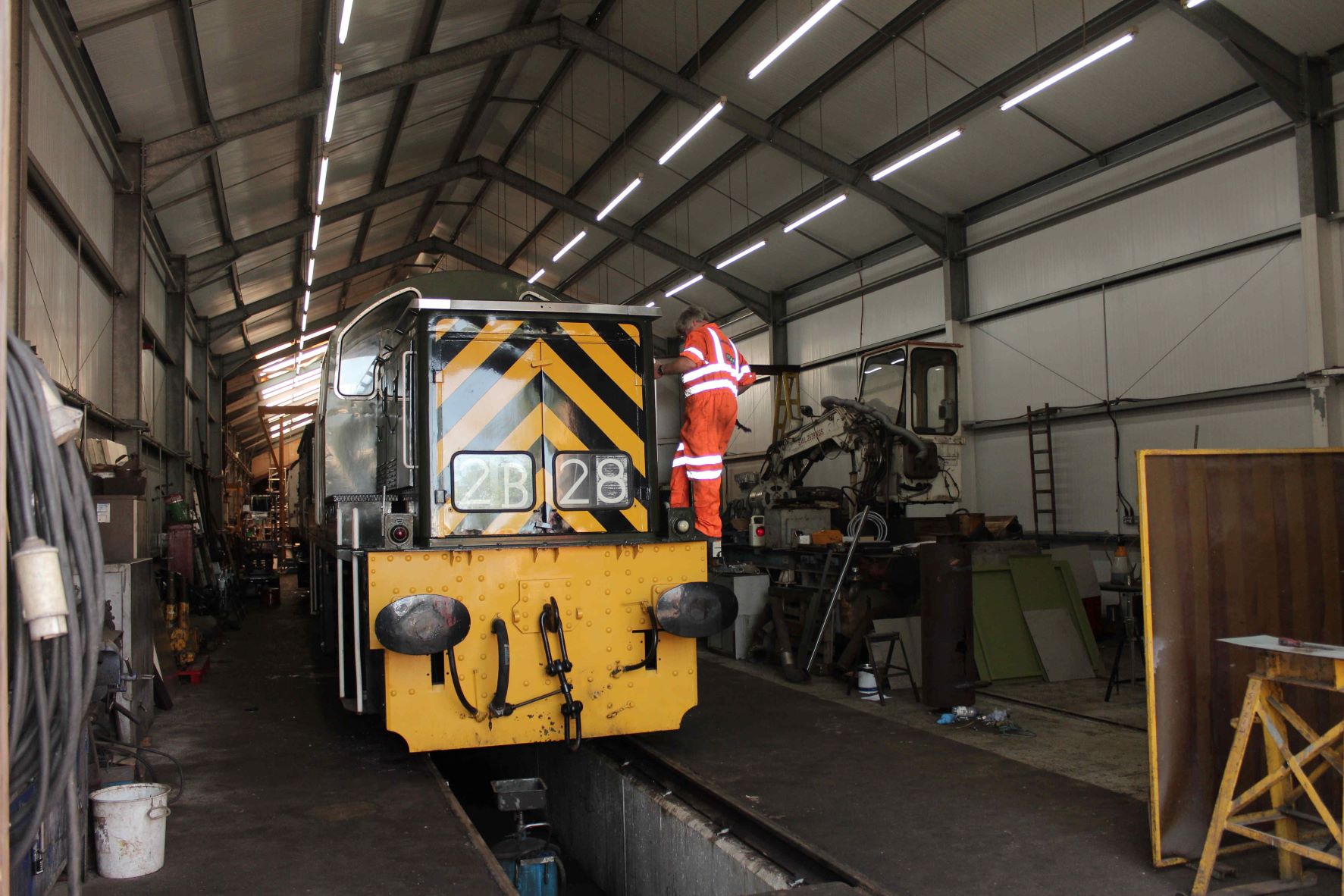 Williton-based Class 14 D9526 shown receiving some TLC from Simon during a visit to the K&ESR maintenance facility at Rolvenden, Kent on 17th July 2021. Photo by Terry Deacon © CC BY-NC 3.0 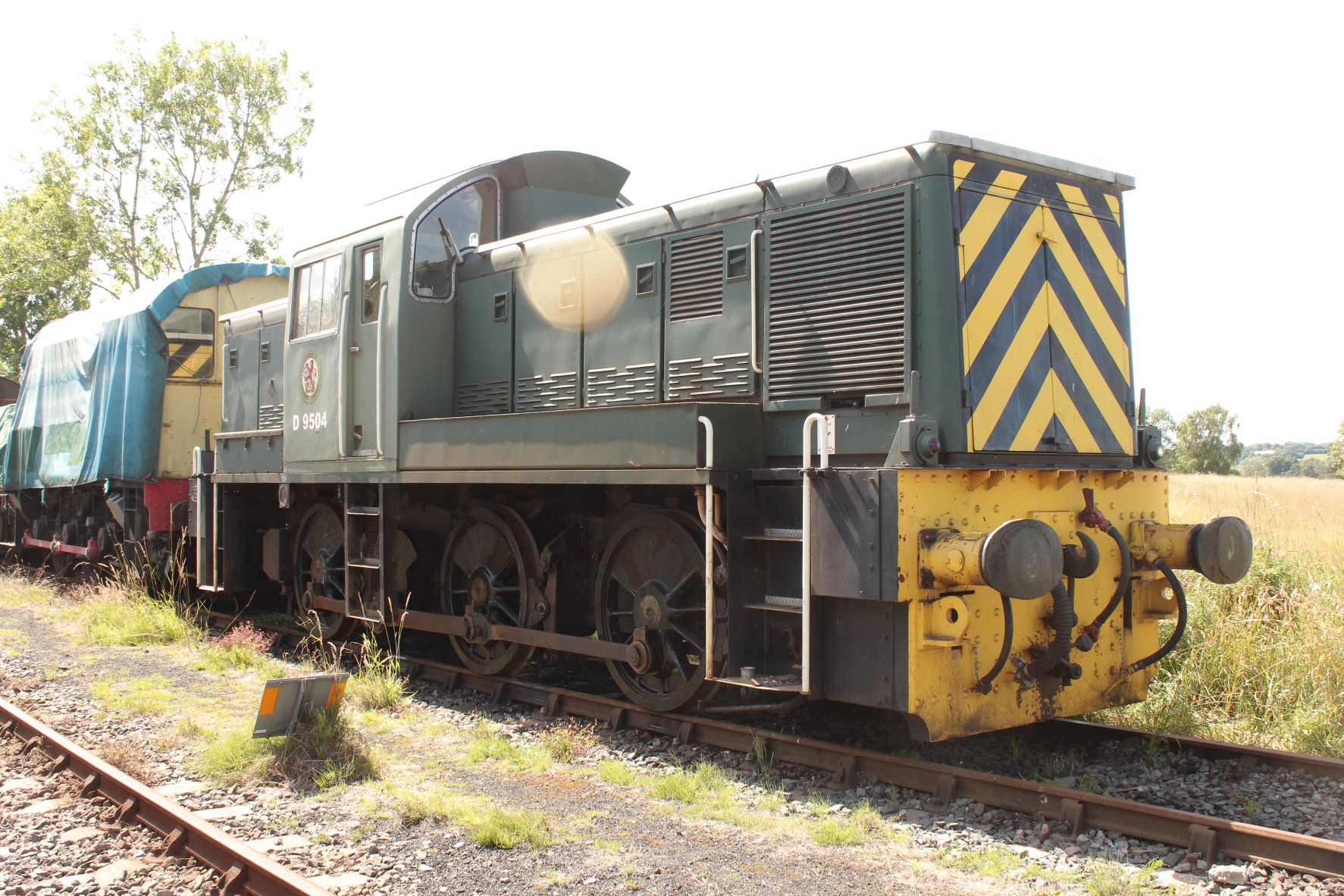 Rolvenden-based Class 14 D9504 awaits her turn for an overhaul that will involve the replacement of the coupling rod bearings and bushings after many thousands of miles of running on the K&ESR. Photo by Terry Deacon © CC BY-NC 3.0

Class 47 47077 ‘NORTH STAR’ – our ‘celebrity’ remains at Bishops Lydeard because of delays in obtaining permission for her oversize road haulage move from Bishops Lydeard to Pickering on the North Yorkshire Moors Railway. Last week, the loco successfully underwent Ultrasonic Axle Testing (UAT) in preparation for a possible rail move, but we have now been advised that it is likely that the loco will be moving move by road later this week. We do not have the date or route information yet, but when we do, it will be shared via a DIESELGEN bulletin.

Here’s some photos of the UAT process that took place under cover at Westridge Steam Shed, Bishops Lydeard, on Wednesday last week: 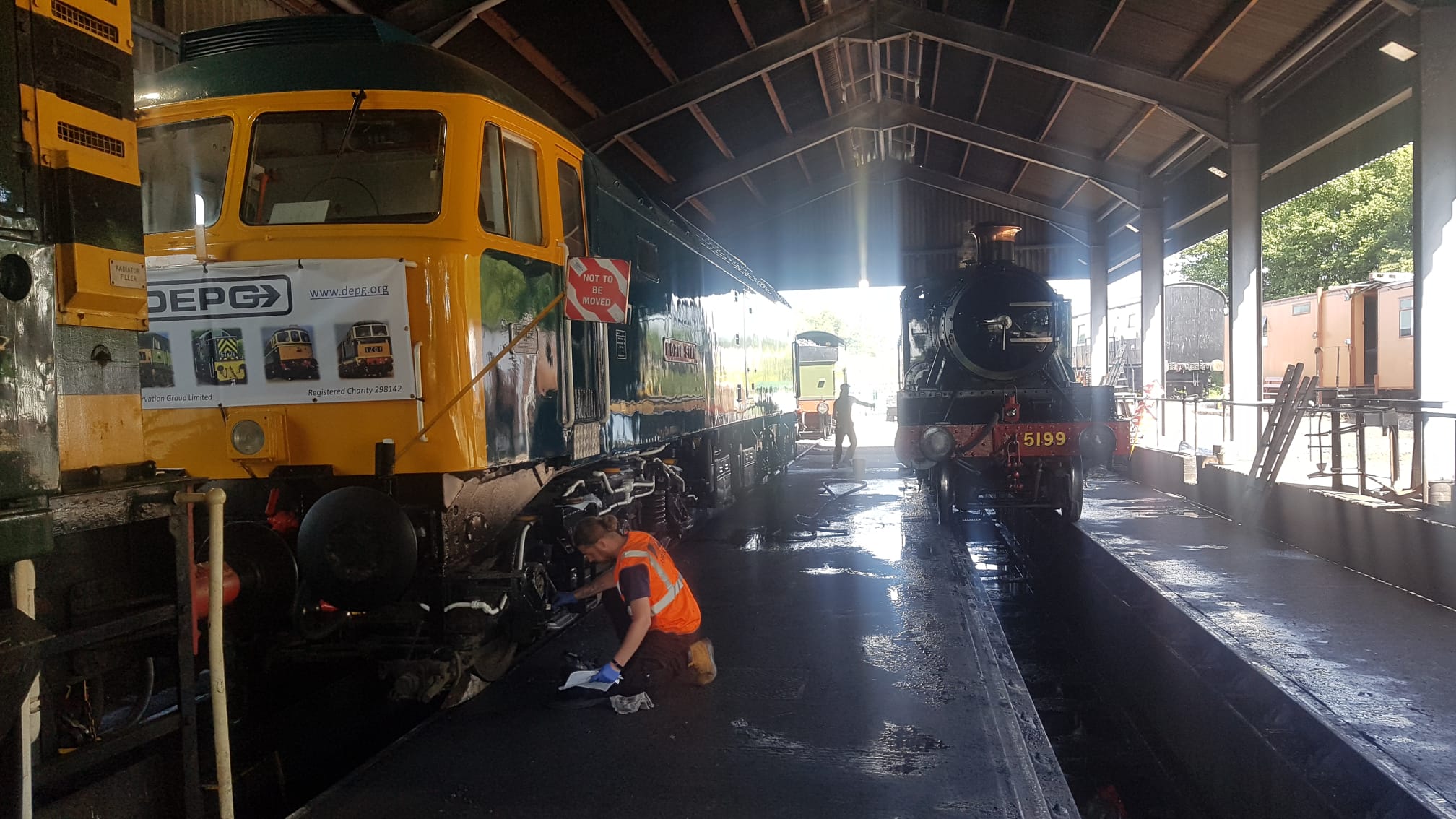 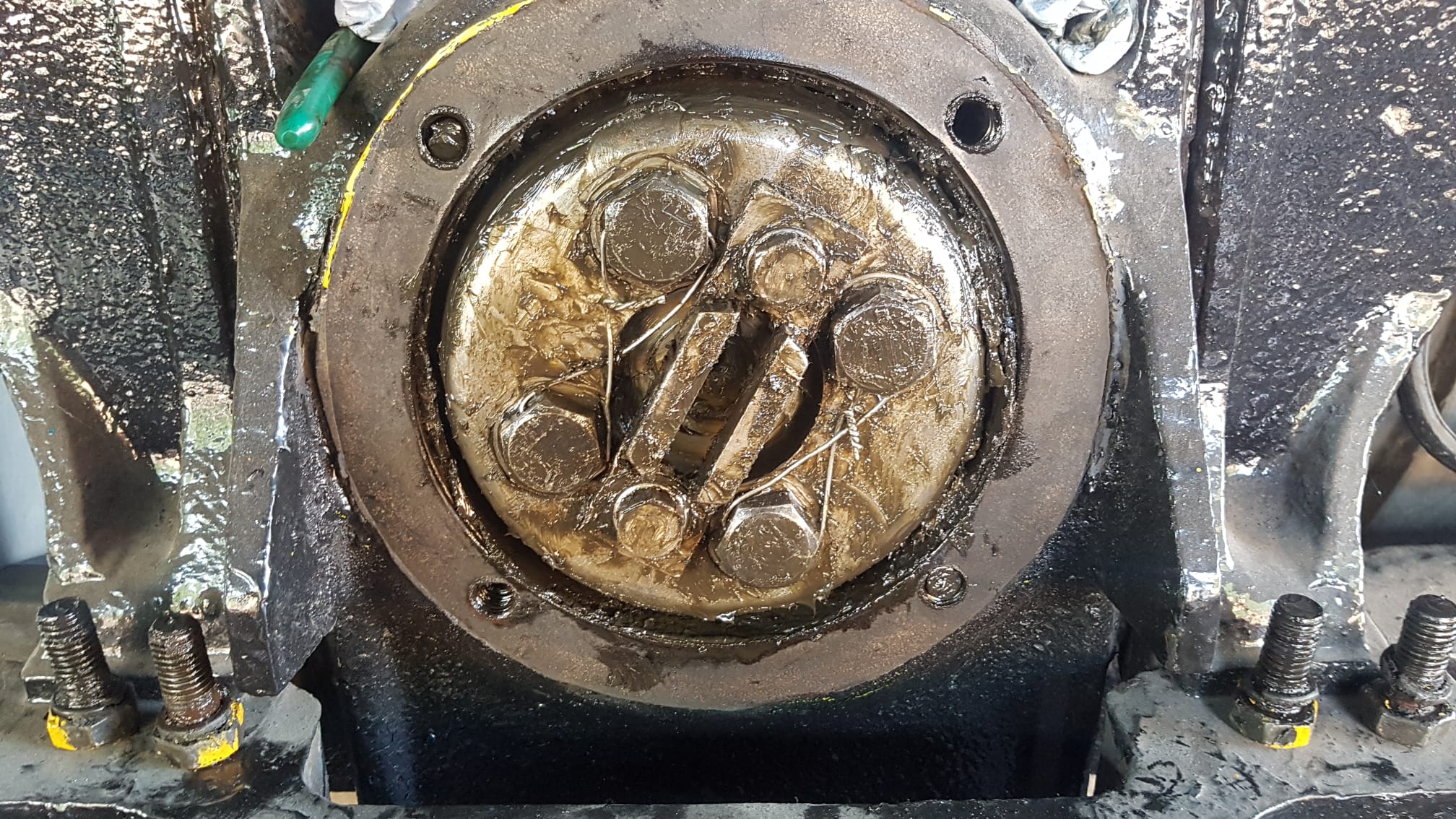 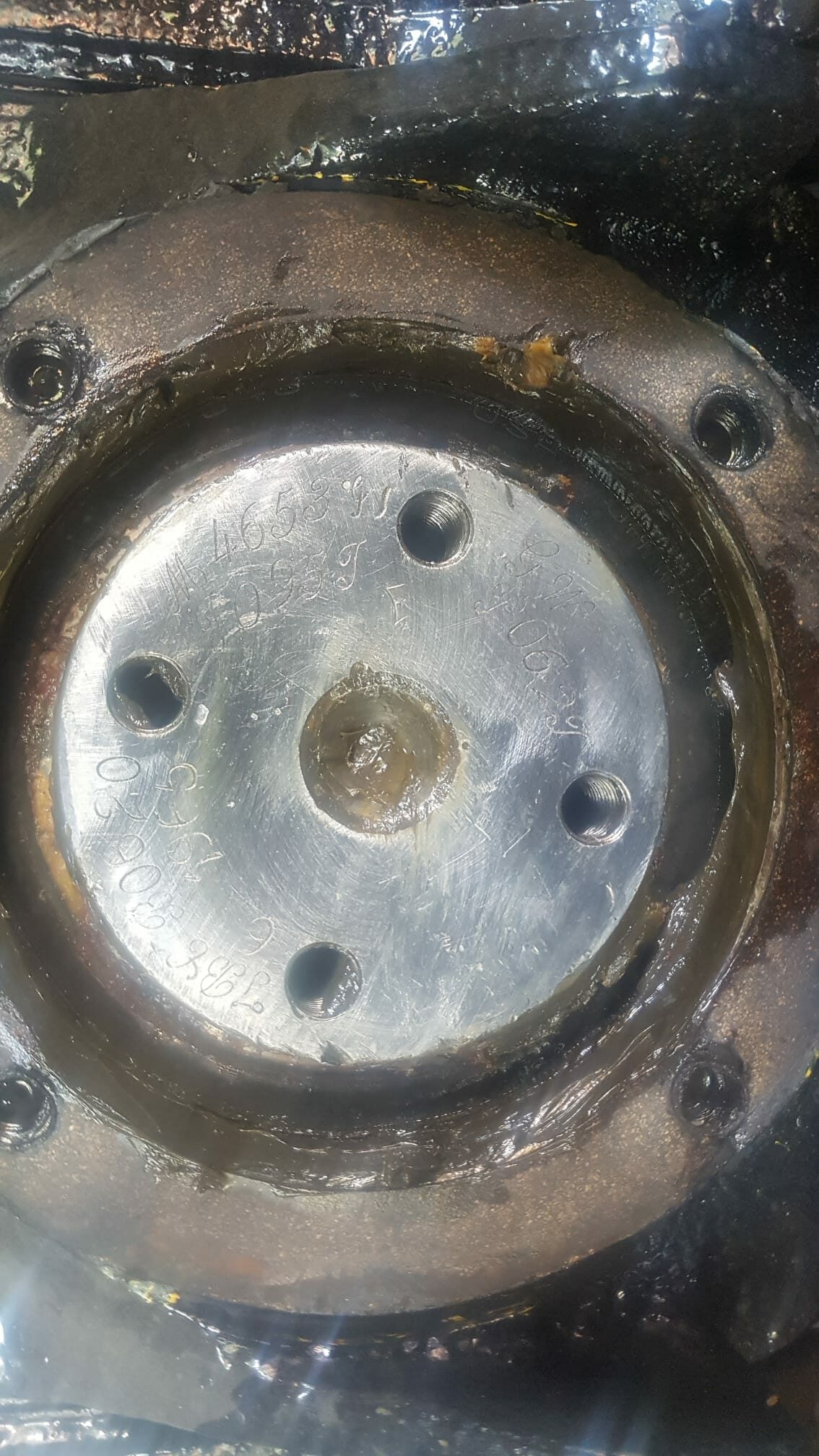 47077 ‘NORTH STAR’ axle end after removing the end cap, revealing the works markings and inspection stamps, in this case dated 1965 (these won’t be the original axles as the loco has had many bogie changes during her 42 years of mainline service, but this one clearly dates from the same year as the loco herself). Photo by Martin Howard © CC BY-NC 3.0 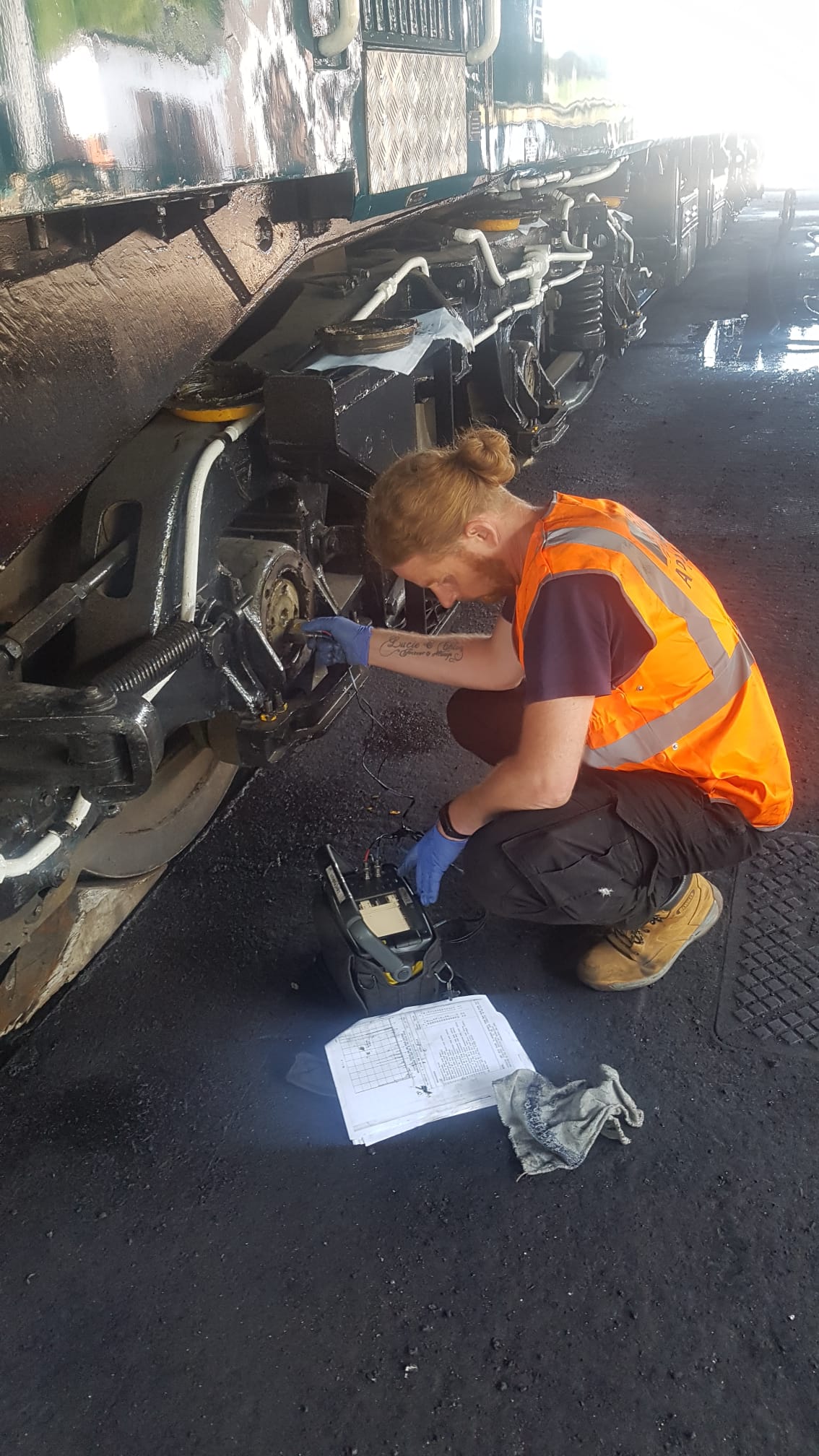 The loco was started up yesterday afternoon and checked over to ensure that everything was OK for her journey northwards, regardless of the mode of transport. Let’s hope that she does move this week so that we can start to report on her appearances at the NYMR – we already have a local correspondent lined up to feed us news and photos!

Class 52 D1010 ‘WESTERN CAMPAIGNER’ – many thanks to all who have contributed to the appeal for funds to support the £100,000 restoration of D1010 – we are very appreciative of your support, which will allow quick progress on the bodyside repairs, which comprise the bulk of the first phase of the restoration work. We have had a great start but we have a long way to go, so please keep the funds rolling in !

Work continues on the removal of the ‘Prestolith’ filler on the bodyside of the loco – which means plenty of hot and dusty work. The underlying metalwork will then be inspected and any corroded metal will be treated or replaced. This work is being progressed on a section-by-section basis so that we can repaint the loco in sections and prevent further deterioration. It will also help us keep the loco shed tidy !

We intend to raise £100,000 for the whole restoration project, which if put into context, is probably only £10 contribution from each person who has enjoyed watching this locomotive over her years in preservation. Our objectives are achievable with a little help from all ‘Western’ fans, wherever you are and whichever group you belong to. We are fully inclusive ! 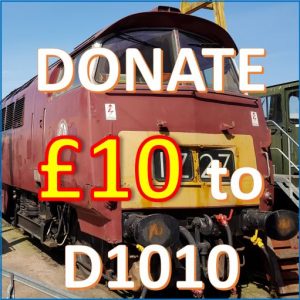 Our Treasurer has confirmed that funds donated to D1010 are ‘ring-fenced’ and are not used for any other purpose. In addition to funds, we also need plenty of HANDS. If you love the ‘Westerns’ and you are not already a member of the DEPG, please consider joining so that you can become one of the team that is going to return D1010 to full operational condition.

Class 33 D6566 (33 048) – this loco worked the ‘shunt release’ duties last week and has now returned to Williton for an ‘A’ exam after clocking up 50 hours of use, after which she will return to operational standby duty.

Class 35 ‘Hymek’ D7017 – no change this week – this loco is waiting for its turn to go into the Swindon Shed for bogie disconnection and lifting.

Class 14 ‘Teddy Bear’ D9518 – work continues as we push towards getting the loco back together as a rolling chassis. We are very happy to report that donations to our D9518 restoration fund have had a great start and that we are now able to fund the re-installation of the springs, hornguides and wheels. This specialised riveting and alignment work will be performed by WSR Restorations at the Swindon Shed, Williton.

Our Treasurer has confirmed that funds donated to D9518 are ‘ring-fenced’ and are not used for any other purpose. Here’s a link to the D9518 donations ‘product page’ where, by using combinations of products and quantities, a donation of any value that you want can be created easily. Many thanks for supporting D9518 !

Here’s some photos of last week’s progress on this loco: 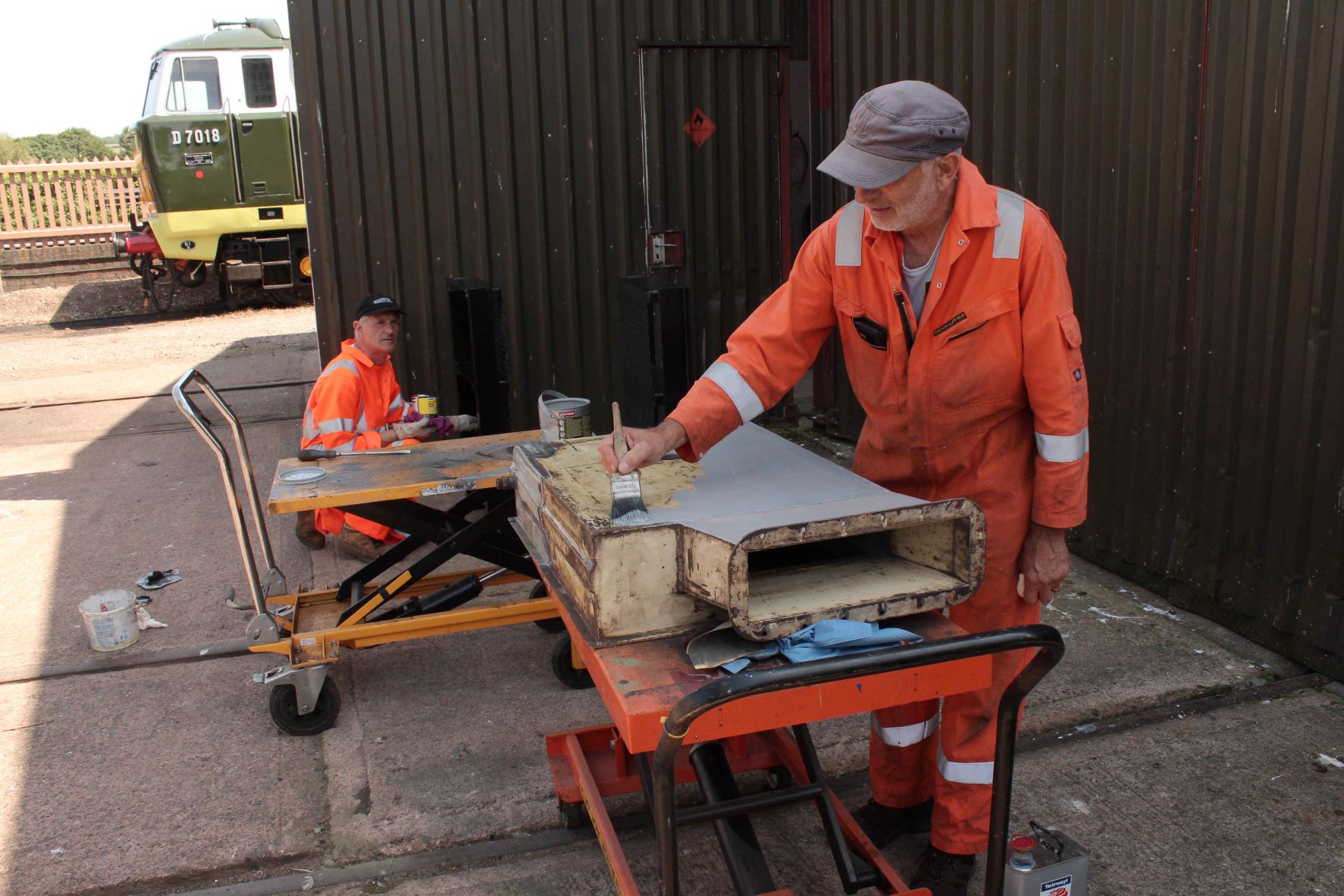 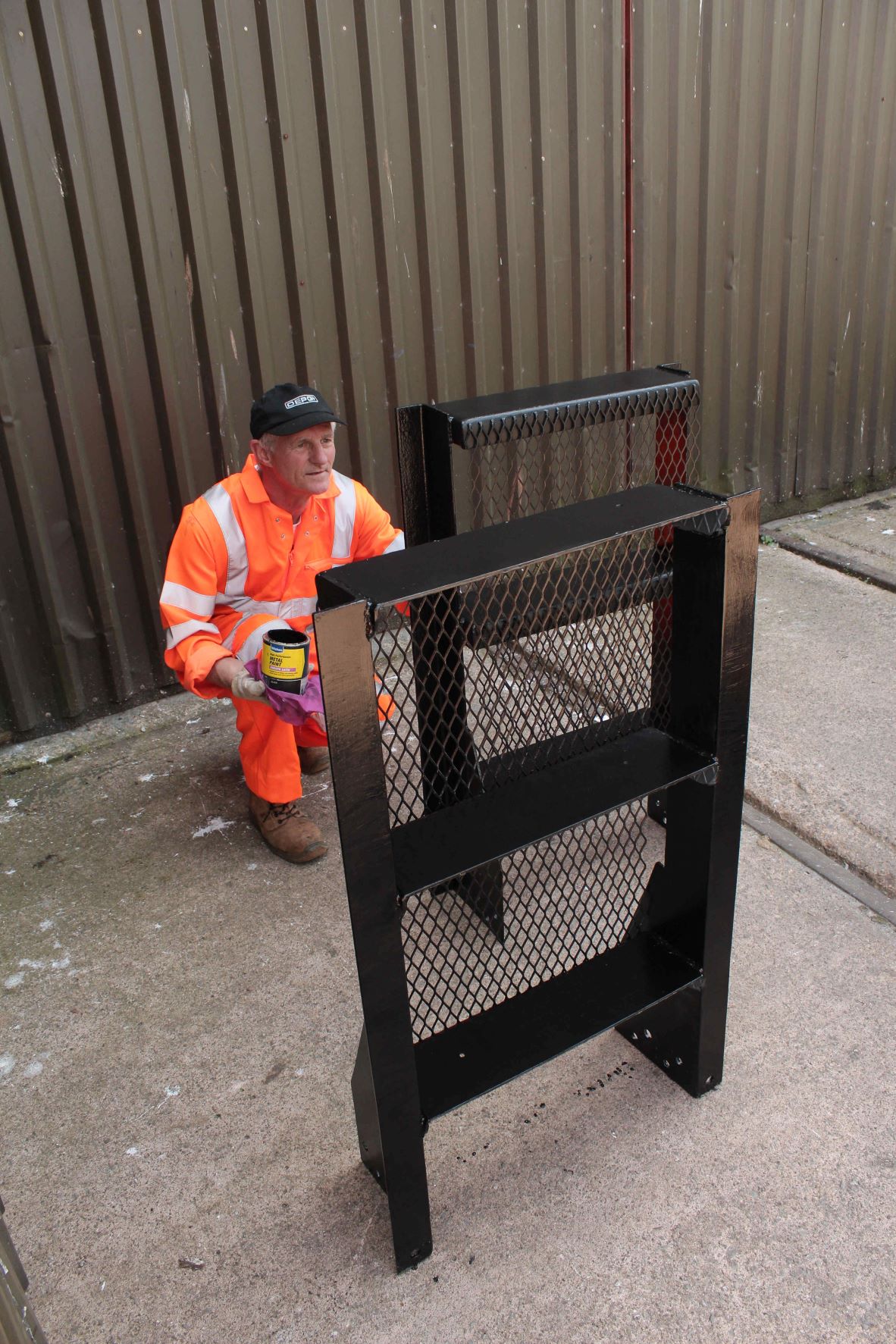 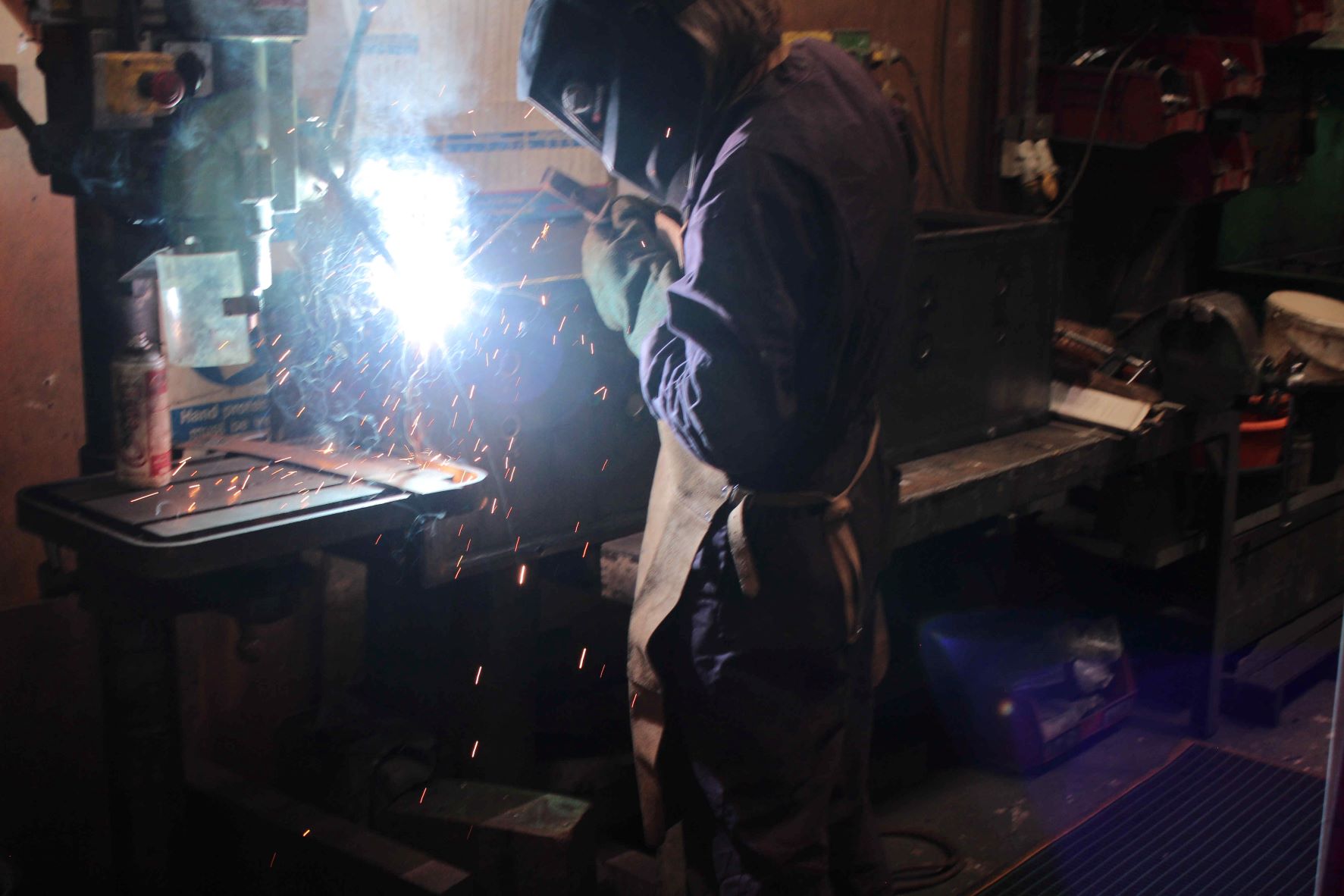 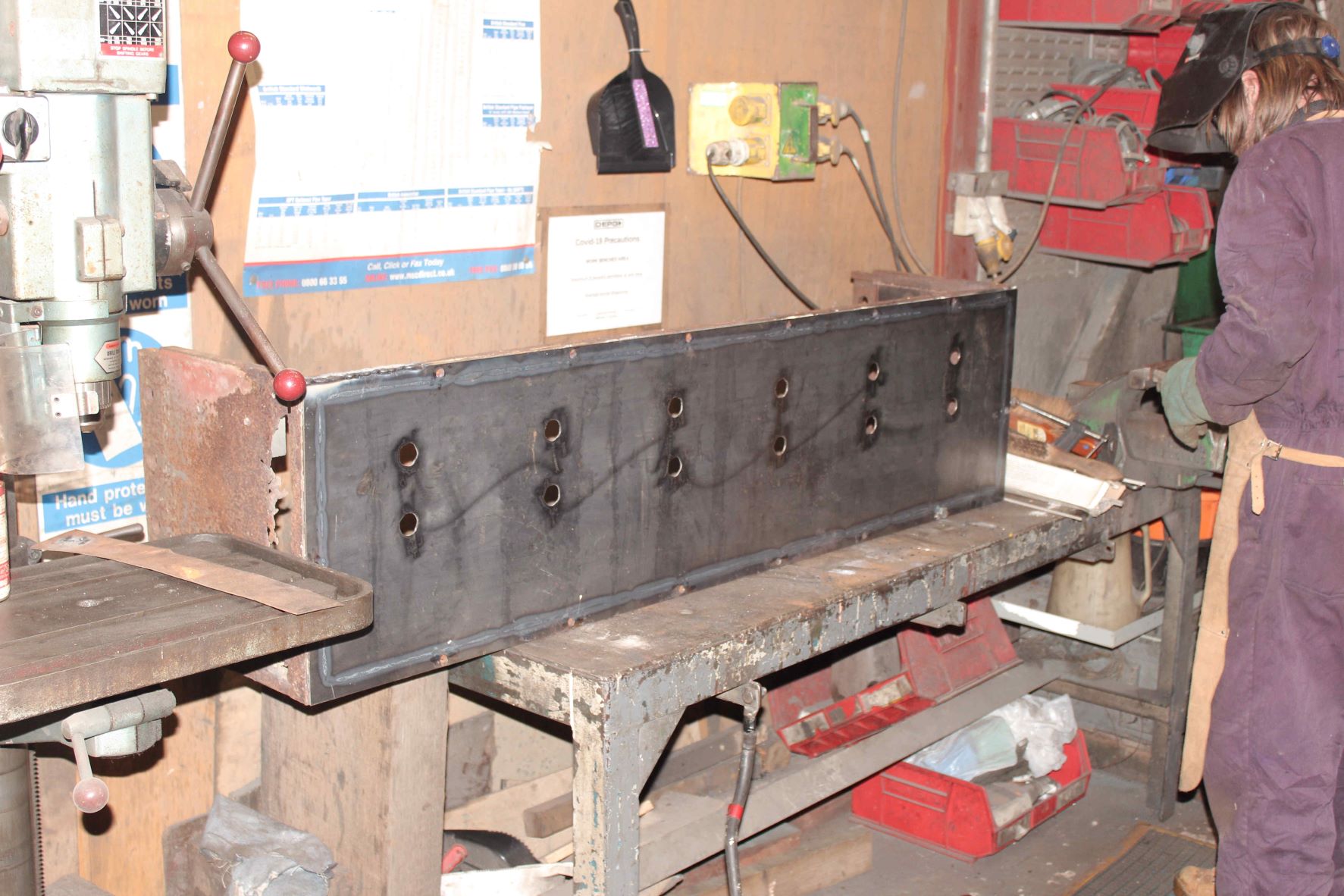 If you love the ‘Teddy Bears’ and you are not already a member of the DEPG, please consider joining so that you can become one of the team that is going to return D9518 to operational condition – and see her haul passenger coaches for the first time in her life!

Andrew Barclay 578 (ROF 1) – this loco is undergoing bodywork repairs prior to priming and painting. The livery chosen for this loco will be the Government-standard (in 1972) deep bronze green that the loco carried during her days in service at the Royal Ordnance Factory (ROF) in Puriton, near Bridgwater, Somerset.