BOOK REVIEW – 07-Nov-21 – this week, we include a detailed report by long-term member and regular contributor Neale Long, who has purchased the book from our online store and reports as follows: 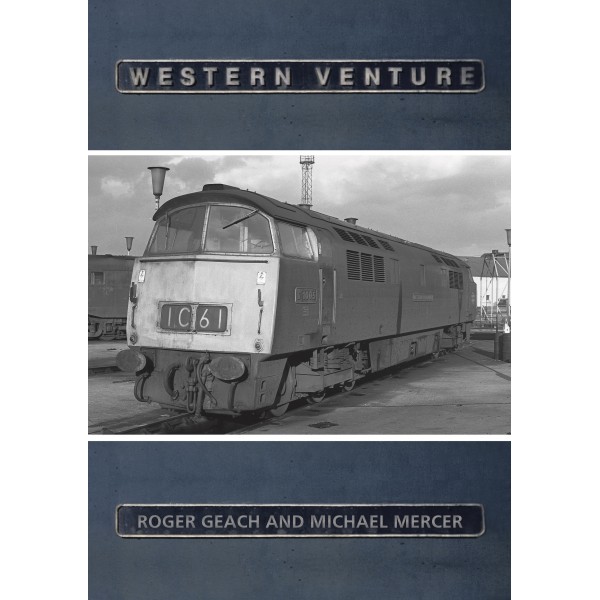 “The latest in the long line of books published on ‘Western’ Class 52 Diesel Hydraulic locomotives is this fine 75-page soft back album, dedicated to these hugely popular machines by Roger Geach and Michael Mercer. Featuring monochrome images of all 74 class members at work throughout the region on a wide range of duties, the album is based upon the photographs taken by well-known railway photographer Barry Nicolle, supplemented by additional  images by photographers Roger Geach, Leslie Riley, Eric Bullen and Mike Martin. Consisting of eight chapters preceded by introductions and acknowledgement, the book aims to portray the Class 52’s as mixed traffic locomotives and does so with a fine selection of photographs of the Class in action in the 1970’s. The album consists of eight chapters and over 120 images. The chapters are:

The bulk of the images are contained in the first two chapters and are largely previously unpublished, mainly from the lens of railway photographer Barry Nicolle. The second part of the book consists of five articles from well-known enthusiasts, describing their particular memories of ‘Wizzos’, be it from the photographic, haulage or spotting perspective. All the articles are well written and provide a sense of what presence these superb locomotives had (and still have!) and very much complement the fine selection of images published.

The images perfectly illustrate the varied nature of work that the class undertook during the 1970s, with increasing use on freight as passenger work was slowly lost during their final years. All the usual locations are featured, ie Paddington, Reading, Exeter, Plymouth and Cornwall, but what makes this selection of images stand out are that a good number of them are taken around Barry Nicolle’s then home town of Cheltenham and nearby Gloucester, which makes a change from the more usual views of London, Devon & Cornwall. It is often forgotten that the Class 52’s worked over all parts of the Western Region, not just in the usually depicted areas.

The reviewer, who was born and raised in Gloucester, can testify to this, and to this day the Class are fondly remembered by enthusiasts in the area. Your reviewer remembers the sight of many a Class 52 stabled on Horton Road, and pleasingly this album features this location, plus a picture of D1016 ‘WESTERN GLADIATOR’ leaving the now-closed Gloucester Eastgate station on a train that I became very familiar with, the Sundays-Only (SuO) 1515 Paddington – Cheltenham, was particularly nostalgic.

The chapter on Swindon Works is somewhat depressing with the images of locomotives awaiting scrapping, but as the authors quite rightly state, it was how things were at the time. The album ends on a positive note, however, with images of all seven of the fortunate survivors. All the photographs are accompanied by accurate and concise captions  which help the reader to further understand how the class managed their remaining years.

Overall, authors Roger Geach and Michael Mercer have done an excellent job in compiling a fine photographic album  which meets its aim of depicting the class as a mixed traffic locomotive that put in many years of hard work on British Rail’s Western Region. The reminiscences complement the photographs very well and will appeal to not only admirers and modellers of the Class 52s, but also to those interested in the British Rail Western Region in general. The album does what it says and helps those who were not fortunate to see the Class 52’s in service to see what they were actually like and to remind those who were fortunate, what great days they were and what a presence these wonderful locomotives had.

I would unhesitatingly recommend this album without any reservation.”

Click here to view this book on our online store