Our former Chairman John Cronin passed away in the early afternoon of Tuesday 4th October at the age of 80, after a long fight with illness that affected his mobility in recent years.

Well-known in railway circles, having been the manager of BR’s Bristol Bath Road Traction Maintenance Depot until its closure in 1995, John joined the DEPG after retirement from BR, quickly becoming involved in our quarterly newsletter production before becoming Company Secretary in the year 2000. John succeeded Bob Tiller as Chairman in 2009 and made his mark on the Group before stepping down from the role upon reaching the age of 75, back in 2017.

John was very proud of his Yorkshire roots and we have found some photos of the ‘Quantock Belle‘ dining train that carried ‘THE YORKSHIREMAN‘ headboard for the occasion of his 75th birthday. During this journey, John was presented with an appropriately decorated birthday cake !

We remember John for his massive contribution to the DEPG over many years and we offer our condolences to all affected by this loss. 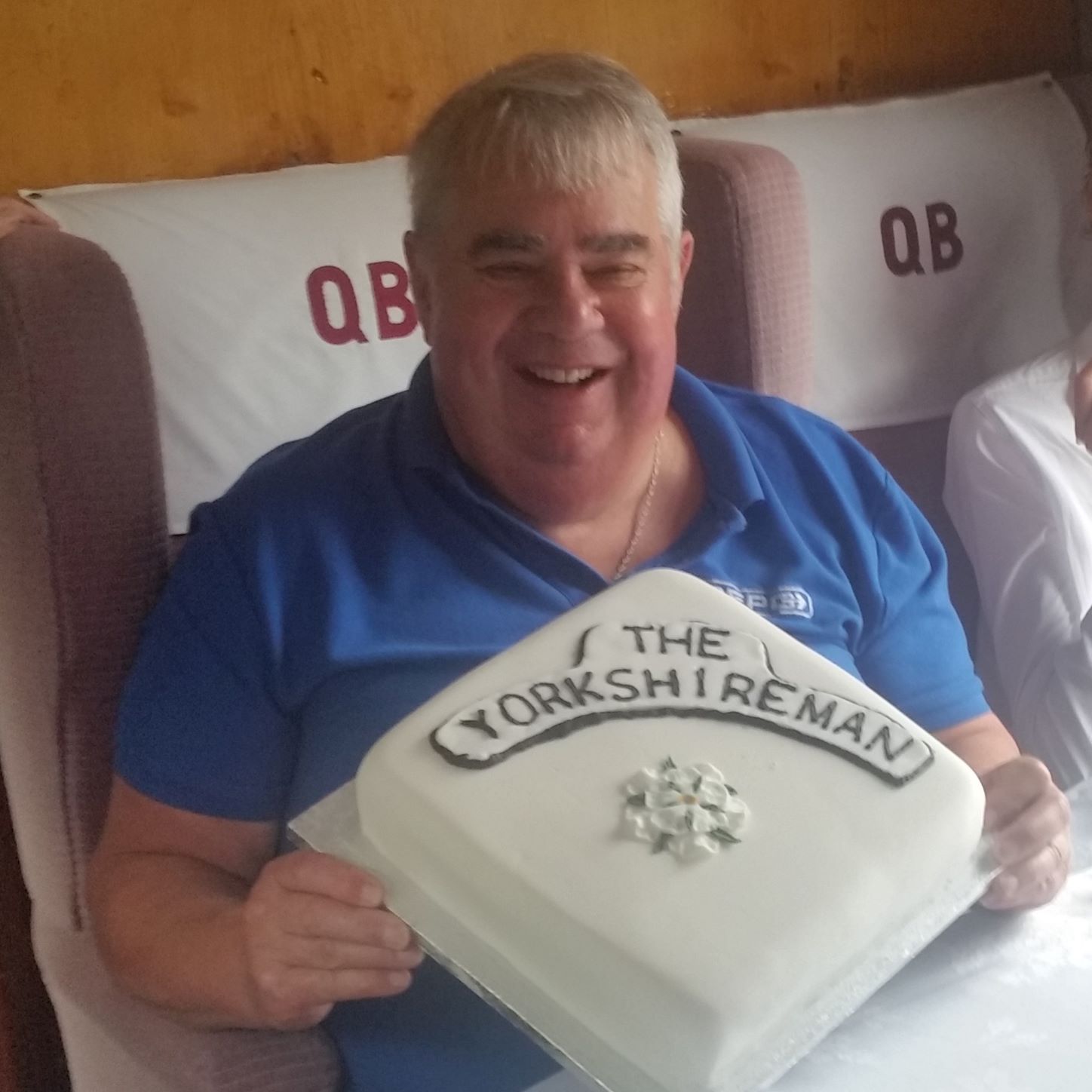 Former DEPG Chairman John Cronin was presented with a special birthday cake on the occasion of his 75th Birthday in August 2017, after dining aboard the ‘Quantock Belle‘. Photo from the DEPG archives © CC BY-NC 3.0